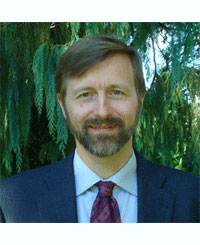 Kerst Stelwagen is a dairy scientist with an international reputation in lactation physiology, milk and colostrum composition, and value-added products from milk and colostrum. Stelwagen grew up on a dairy farm in the Netherlands. Following his undergraduate training, he moved to Canada to pursue an MS in ruminant nutrition and a PhD in lactation biology at the University of Guelph in Canada. In 1992 he moved to Hamilton, New Zealand, to take up a postdoctoral position at the then Dairying Research Corporation. Subsequently, he moved “across the road” to AgResearch, New Zealand’s Crown Research Institute, focusing on agricultural research, where he worked as a dairy scientist for nearly 13 years, before heading AgResearch’s Dairy Science and Technology Department for 5 years. In 2010, he started his own independent consulting and contract research company, SciLactis Ltd., operating in the dairy and value-added food areas. He has published more than 200 scientific articles in international journals, books, proceedings, and conference abstracts in addition to popular press articles. He has chaired and organized international science conferences, is regularly an invited speaker, and continues to act as an independent expert reviewer of research programs and grant proposals for a number of international funding agencies. He is an honorary lecturer at Waikato University in New Zealand and continues to supervise PhD students enrolled at various universities. Stelwagen currently serves on the boards of two non-profit trusts promoting science and education and is on the advisory boards of two small companies in the animal health and value-added food areas.