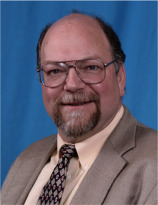 The 2022 elected fellows were recognized at the Awards Program of the American Dairy Science Association held on June 21, 2022. Election to Fellow is one of the highest honors that the Association bestows. The Fellow Award recognizes ADSA members for their distinguished service to the dairy industry for 20 years or more. Each nominee must have made exceptional contributions to the dairy industry, to a dairy-related discipline, or to ADSA; must have had professional membership in ADSA for a minimum of 20 years; and must be in good standing with the Association.

Louis Armentano received his BS with distinction from Cornell in 1975. He studied under Al Rakes for the MS degree from North Carolina State, where he acquired interest in feeding alternate and byproduct feeds to dairy cattle. He then joined the group of Jerry Young at Iowa State, receiving the PhD in 1983. His work there focused on volatile fatty acid production and utilization for gluconeogenesis and oxidation using whole animal tracer techniques. Work on circadian glucose turnover and insulin was presented to win the 1980 ADSA graduate student paper competition. After a postdoctoral appointment studying lactating cow protein nutrition under Carl Polan at VPI, he joined the Dairy Science faculty at University of Wisconsin–Madison.
Armentano served as a professor for 33 years, 8 of those (1996–2004) as departmental chair while still maintaining an active research program. In addition to studying ruminant liver metabolism, Armentano's laboratory examined the use of byproduct feedstuffs in providing energy, fiber, protein, and fatty acids to dairy cows. In 2004 he received the ADSA AFIA research award in recognition of his contributions across multiple areas of investigation for the previous ten years. His career contributions include mathematical models for flux and flow analysis, extensive studies using in vitro hepatocyte primary cultures, the integration of nonforage and forage fiber nutrition, feed sorting, protein and amino acid nutrition, and role of specific fatty acids in modifying milk fat production and milk fatty acid profile. In addition, he was a charter contributor to a major multidisciplinary, multiuniversity project measuring the genetics of feed efficiency. Sixteen graduate students received nine MS degrees and nine PhD degrees under his direction. His students and other trainees include four individuals currently serving as university professors. During his tenure as chair, the department's extension faculty was expanded, and the seeds of the larger, modernized dairy facilities were planted and carefully nurtured. In 2016 Armentano retired to become an emeritus professor. He was selected for, and served on, the National Research Council dairy nutrition guidelines writing committee. He served three years as a director for the ADSA board, as well as vice president, president, and past president of the American Dairy Science Association and subsequently for FASS.

John Lucey earned his BS in food science and technology (1988) and his PhD in food chemistry at University College Cork (Ireland) in 1992. He conducted research in Ireland (National Dairy Foods Research Center), The Netherlands (Wageningen Agricultural University), and New Zealand (Massey University) before starting at the University of Wisconsin–Madison in 1999, being promoted to full professor in 2009. He was named director of the Center for Dairy Research in 2011 and to the Owen R. Fennema professorship in food chemistry in 2021. He teaches and conducts research on the chemistry and processing of various dairy foods.
One key theme is exploring the molecular basis for the functionality and texture of dairy products. He has developed novel methods to quantify the amounts of insoluble calcium phosphate in milk and products like cheese and yogurt. Lucey was the first to demonstrate that substantial amounts of the residual calcium phosphate in cheese remained in their original insoluble form (which was surprising due to the low pH). Later he showed that during the initial stages of cheese ripening there was an ongoing reduction in the insoluble calcium phosphate content, and this shift was associated with alterations in cheese texture (improved melt, stretch, curd fusion). A major focus is the role of calciumcasein interactions on cheese texture/meltability. He is an expert on textural properties of milk protein gels like rennet gels used in cheesemaking and acid-induced gels used for yogurt. He has also explored properties of process cheese, use of membrane filtration to increase cheese productivity, and cheese ripening. He has published over 140 peer-reviewed papers, 66 in the Journal of Dairy Science. He has published 29 book chapters, filed 4 patents, and advised over 40 graduate students. He has received over $5M in research support and another $13M in federal innovation/entrepreneurship support from the USDA for the Dairy Business Innovation Alliance, where he is the lead PI. He has been an invited external examiner for graduate student examinations in Canada, Sweden, Denmark, the Netherlands, Finland, New Zealand, Australia, Norway, Ireland, and France. He successfully raised over $18M from the US dairy industry and helped receive Wisconsin state funding for the $72M capital project to build a new CDR facility and renovate the existing Babcock dairy plant. Lucey has been a speaker at over 100 national and international meetings. He has been a strong advocate for the dairy industry and teaches in a range of industry workshops. In 2019, in recognition of his efforts supporting the US dairy industry, he was awarded the Babcock award from the Wisconsin Cheese Makers Association. He has been on the editorial boards of many of the top dairy foods journals. He has served on many committees for the ADSA, including journal management, teaching award in dairy manufacturing, distinguished undergraduate student award, international dairy science award, foundation scholar award, and the cheese and cultured products research award. He has received several awards from ADSA, including the foundation scholar, DSM dairy ingredients award, and Kraft-Heinz teaching award for dairy manufacturing.

José Eduardo P. Santos is a research foundation professor in the Department of Animal Sciences at the University of Florida. He obtained his DVM degree (1992) from São Paulo State University in Botucatu, Brazil. After one year in dairy practice, he moved to the United States to complete his MS (1995) and PhD (1997) degrees at the University of Arizona and a clinical residency in dairy production medicine (2000) at the University of California–Davis. He completed a sabbatical (2017) at SBScibus and University of Sydney in Camden, Australia. Santos spent eight years in the faculty in the School of Veterinary Medicine at the UC Davis before moving to the University of Florida in 2008, where he conducts research and extension in dairy cattle nutrition, health, and reproduction.
Santos's research seeks to develop technologies that enhance efficiency of dairy production, in particular manipulating nutrition to improve health and reproduction. The research is highly integrative, combining components of basic cellular biology, whole animal physiology, and applied interventions that are adopted by dairy producers. His work combines research at the university setting with on-farm experiments to test hypotheses with a large number of cows. This has enabled him to study dietary manipulations to improve reproduction, including the role of fatty acids and gossypol, to improve health and production including protein, DCAD, choline, and 25-hydroxyvitamin D3. A portion of his research has been devoted to understanding how diseases impact the establishment and maintenance of pregnancy in cattle. Another component focuses on developing methods to implement artificial insemination without the need for the detection of estrus in heifers and lactating cows. Such programs allowed him to characterize and study subfertile populations of cows, such as those that remain anovular for extended periods postpartum, and to create solutions to improve their ability to become pregnant. His work in collaboration with that of colleagues and leaders in the industry established the Dairy Cattle Reproduction Council in 2006. Santos's research is integrated with extension and education programs involving programmatic activities at the University of Florida, as well as continuing education programs in Brazil, Argentina, and Spain.
His graduate program under Tal Huber and the collaboration with colleagues in Florida (W. Thatcher, C. Staples, C. Nelson, C. Risco, J. Bromfield, J. Driver, K. Jeong, P. Hansen, and G. Dahl) and elsewhere (I. Lean, E. Block, E. DePeters, J. Vasconcelos, M. Wiltbank, R. Sartori, and F. Peñagaricano), as well as with former graduate students (R. Cerri, R. Chebel, K. Galvão, E. Ribeiro, R. Bisinotto, F. Lima, L. Greco, N. Martinez, A Vieira-Neto, and R. Zimpel, among others) has empowered his career. Santos has authored and coauthored 257 scientific manuscripts, 269 scientific abstracts, and 16 book chapters. He has delivered over 450 presentations in 22 countries. He has received over $12 million in funding to support research and extension programs. Santos has a deep commitment to the education of dairy professionals that has resulted in the supervision of the graduate programs of 21 PhD and 23 MS students, among other accomplishments.

Karen Schmidt is a professor in the Department of Animal Sciences and Industry at Kansas State University. She received her BS degree from The Pennsylvania State University and her MS and PhD degrees from the University of Minnesota in food science. She has been a member of the ADSA since 1983 and has served in several leadership positions, including the presidency in 2017–2018. She has been active in IFT at the local, regional, and national levels, serving on the Education Committee and as chair of the Kansas City section.
Schmidt began her academic career at the University of Georgia in 1990 with a research and instruction appointment and developed a research program that focused on dairy foods processing. She joined Kansas State University in 1994 in an instruction/research position as well. She continued a research program in dairy foods quality to support the food industry, both nationally and internationally. She has distinguished herself as an advocate for dairy foods education and has received the Milk Industry Foundation Teaching Award in Dairy Manufacturing in 2011.